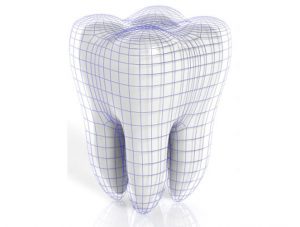 — That the average person spends approximately 38.5 days of their life brushing their teeth?

— That if you drink three or more glasses of soda pop per day on average, you are 62% more likely to suffer from tooth decay, tooth loss, or have to have dental fillings in your lifetime?

— That flossing daily allows you to reach 40% more of the tooth surfaces in your mouth compared to just brushing?

Brushing and flossing daily and seeing your dentist at least twice per year are the best ways to take care of your teeth so that they last a lifetime.

Humans aren’t the only ones with strange dental facts:

— Molars in the mouth of elephants grow up to 7 square inches and weigh more than six pounds each. And elephants grow new molars an average of six times in their lifetime.

— The largest mammal in the world, the blue whale, doesn’t have any teeth. So it’s only food source is tiny brine shrimp, which have no bones.

Modern dentistry offers safe, relatively pain-free care for patients. But that hasn’t always been the case.

— Toothbrushes are a relatively modern invention. Before they were developed, most people used tree twigs to keep their teeth clean.

— George Washington, the first US president, was famous for his wooden teeth. But they actually were made from hippo tusk, elephant ivory, and gold.